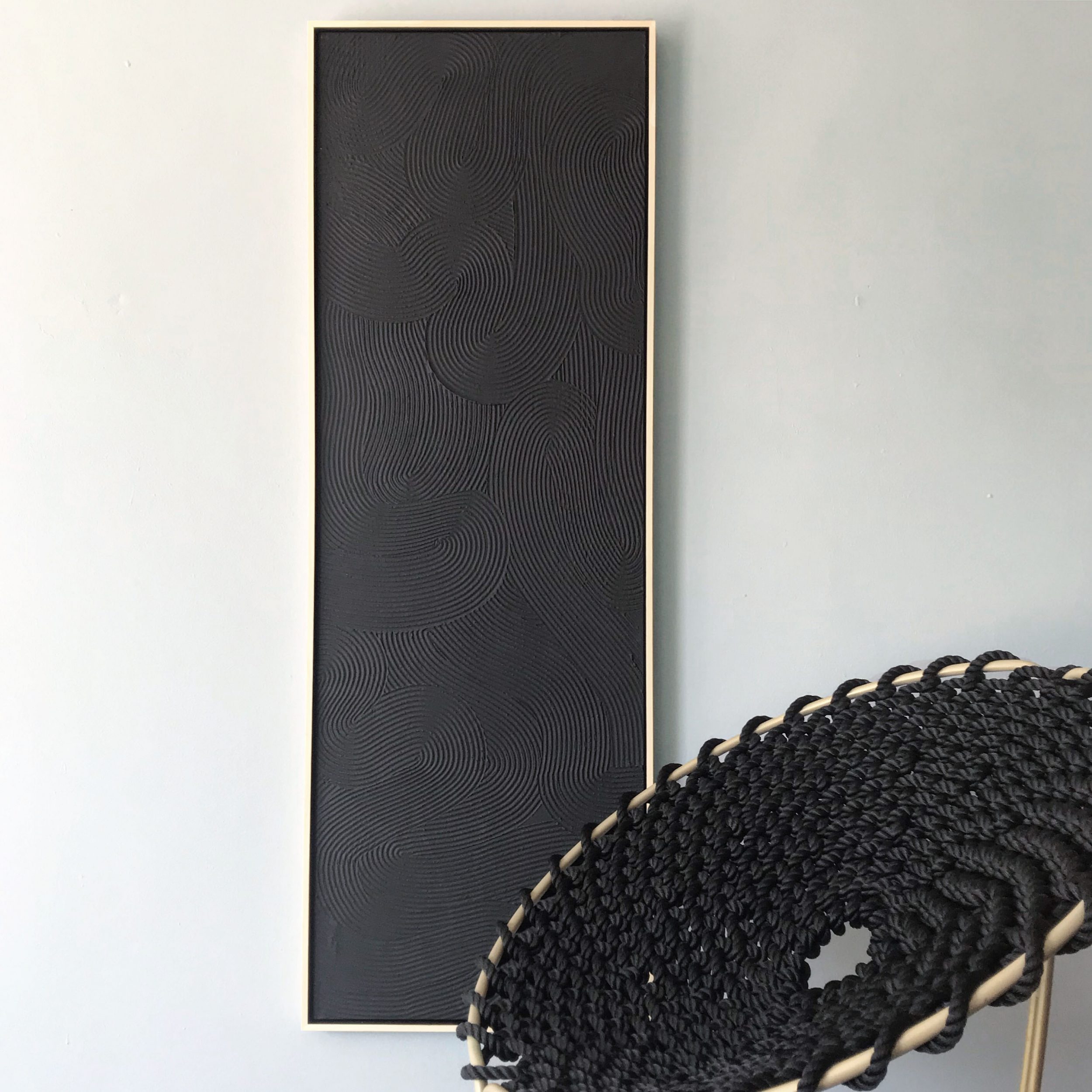 At OODE we have a new collection of textured works made by Tessa de Rijk. Shapes that are withdrawn from nature and that are derived from an absolute curiosity to the old Japanese zen gardens. After her paintings that were made with brushes that she made herself,  she started to work with textures, using clay in her painting. The shapes are created without any hesitation, just as thorough as nature itself. 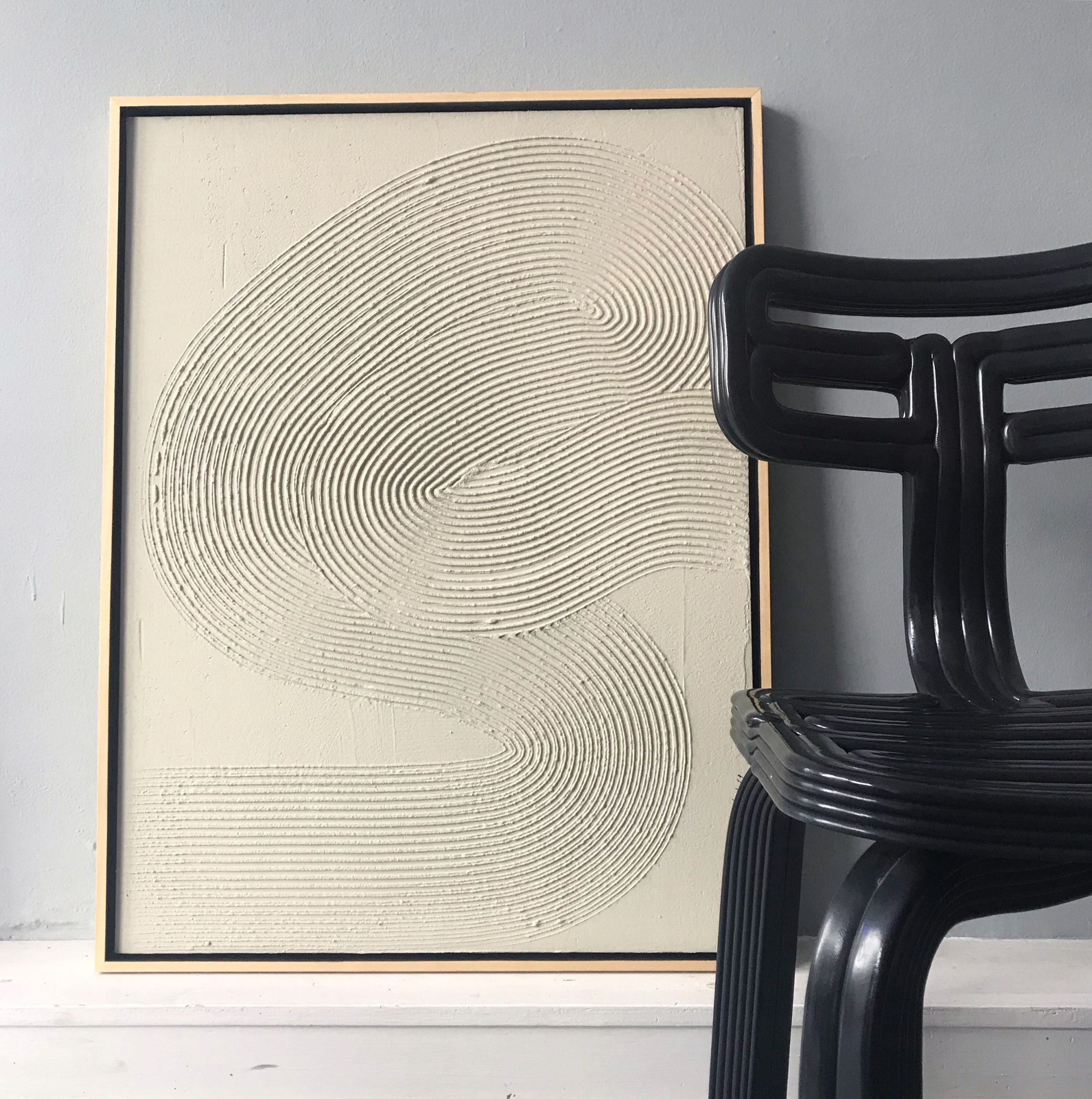 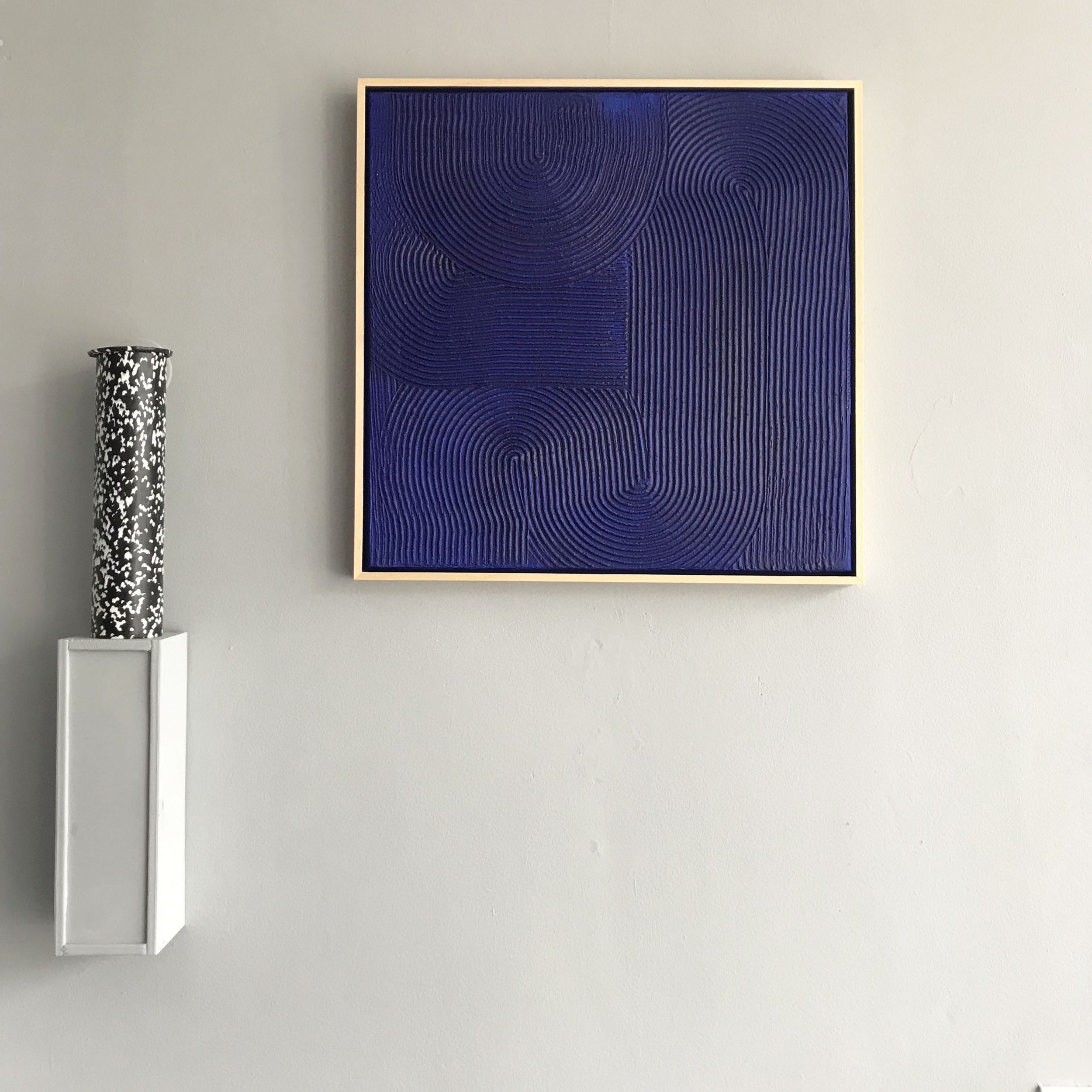 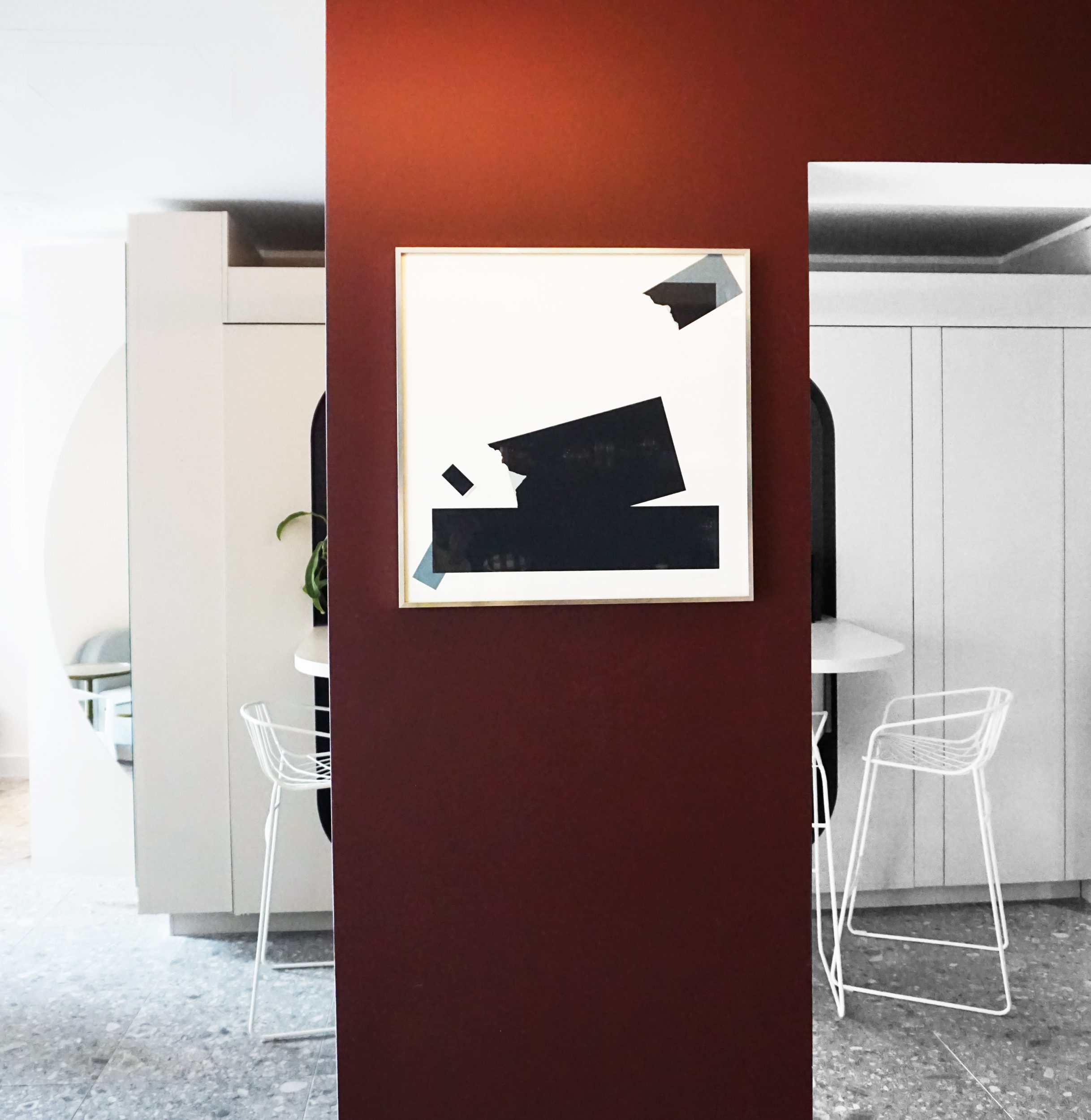 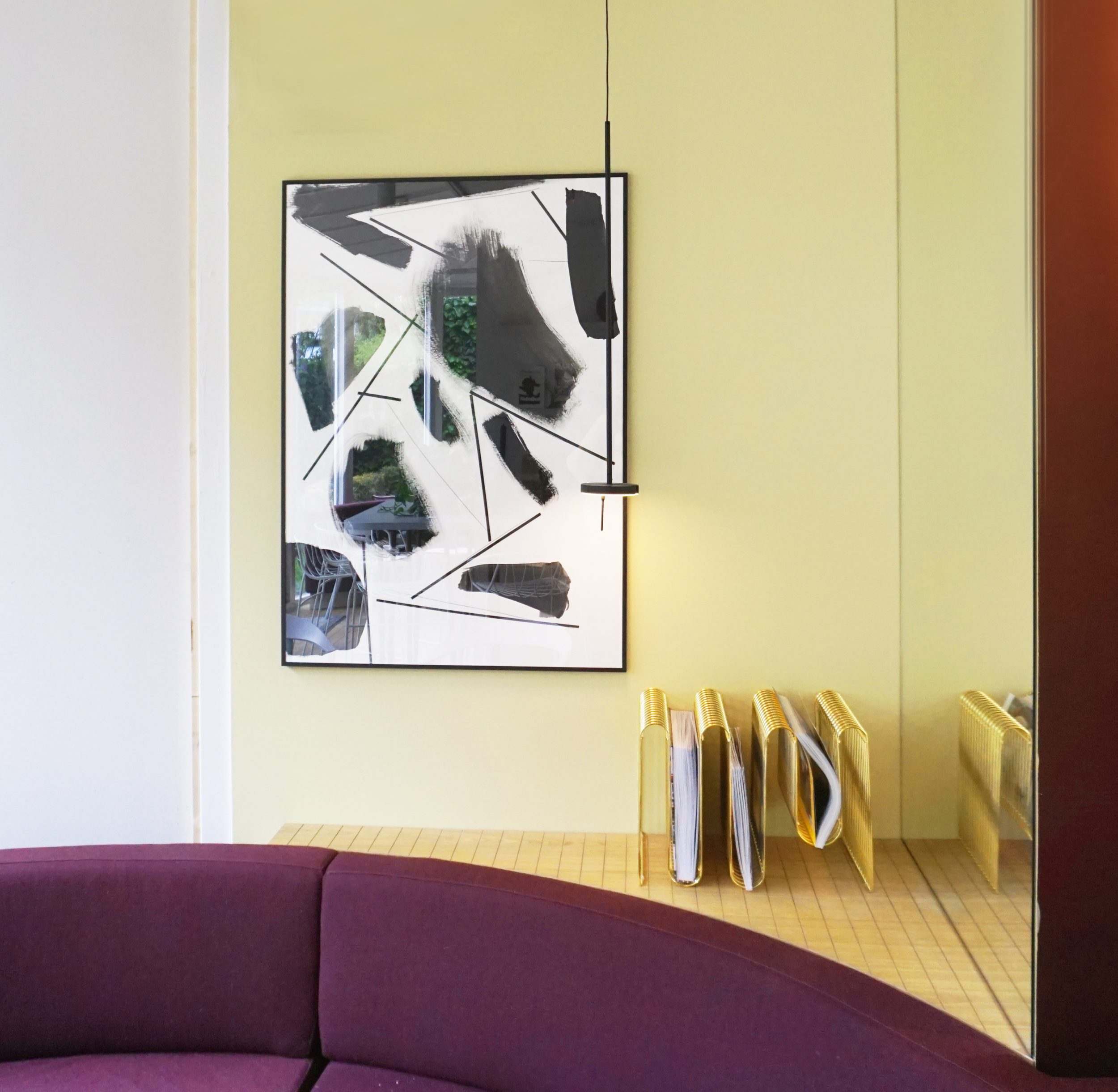 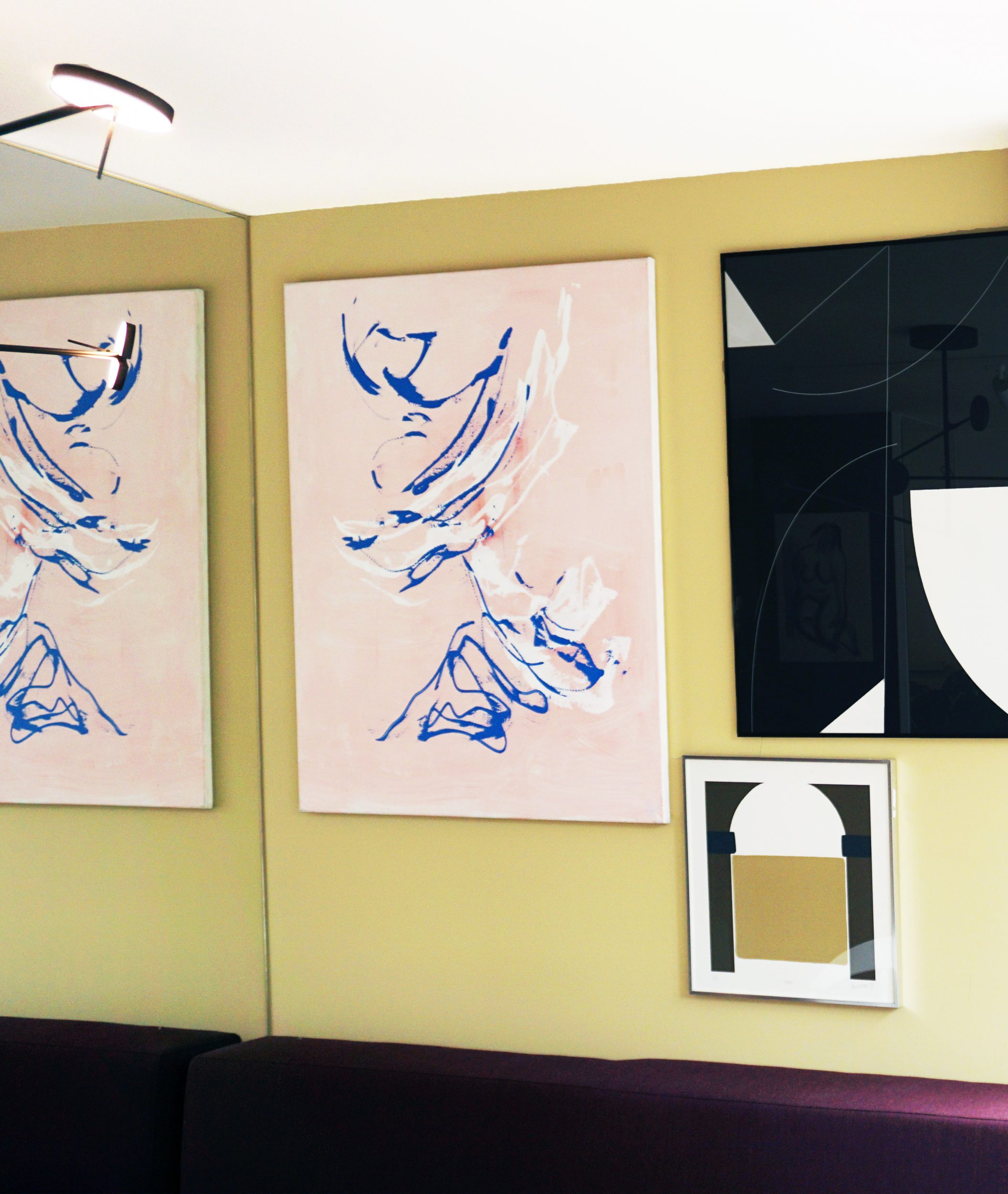 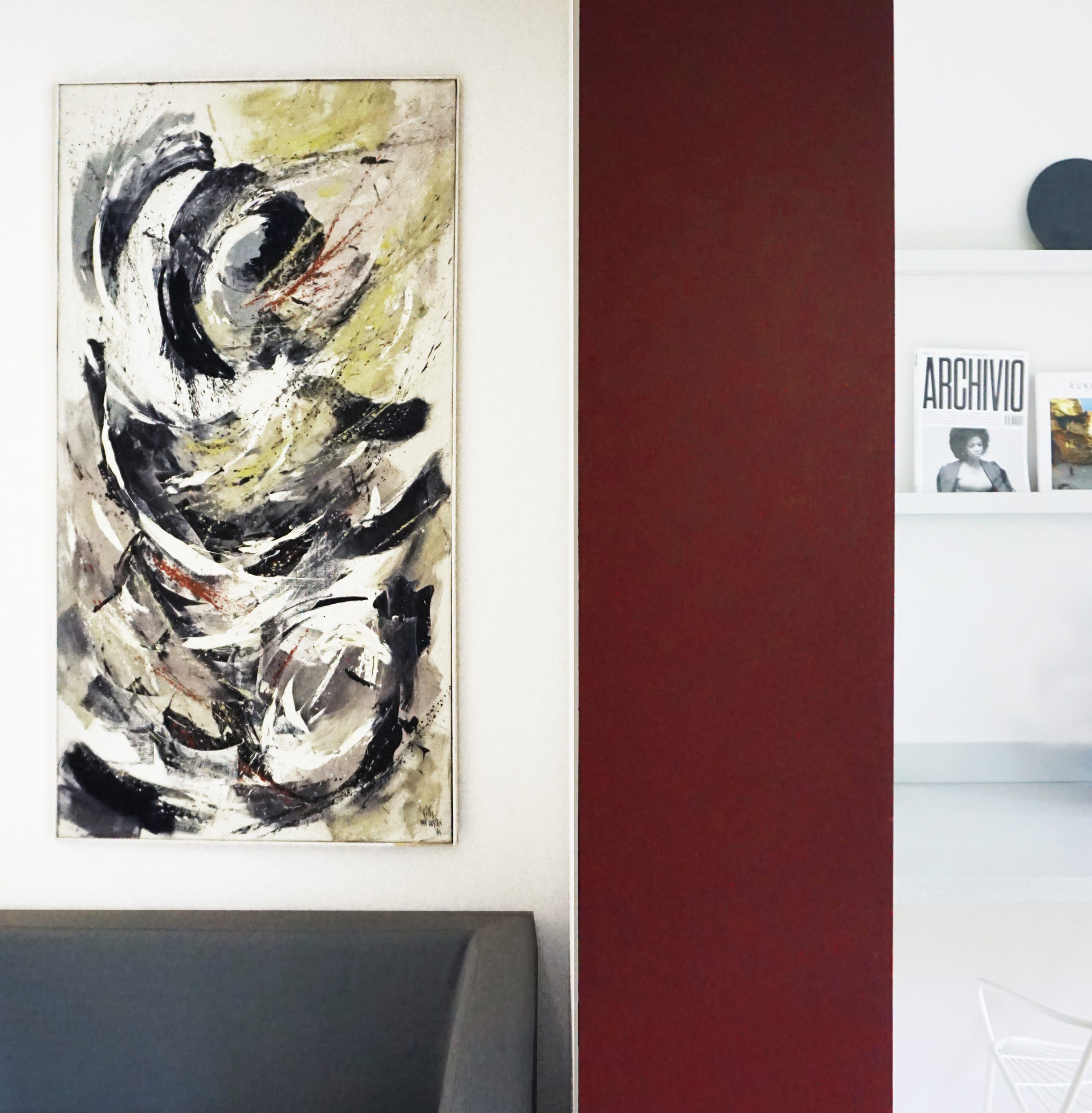 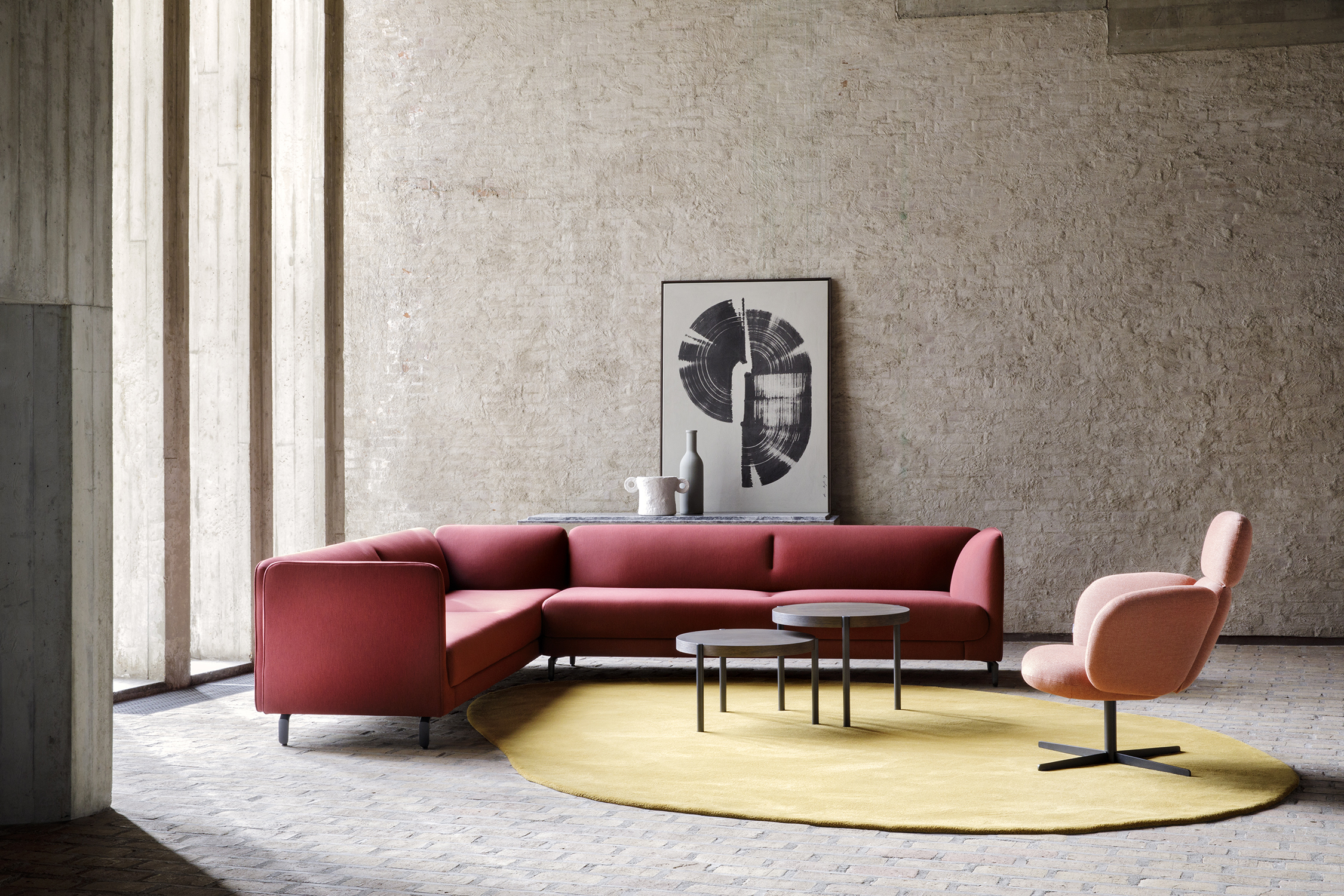 The work of Tessa de Rijk that was made for OODE is now featured in the Arifort catalogue 2019. Styling and shoot by Kamer 465. Picture by Inga powilleit. 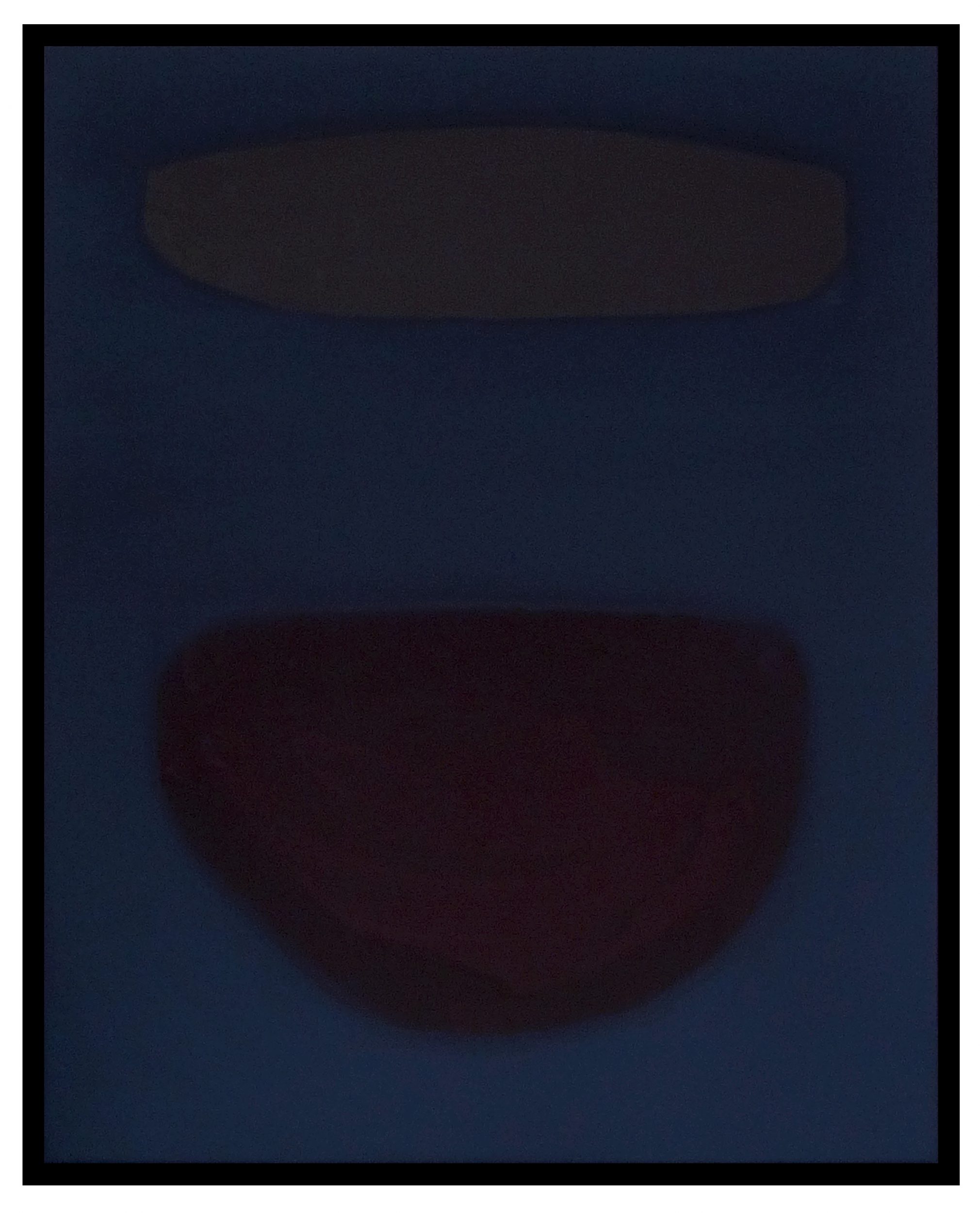 From the 21th of March 2019 OODE will show recent paintings of Amsterdam based artist Pieter de Bruyn Kops. You are welcome at the opening on the 21th between 18:00-20:30 or visit the gallery after to see his newest works. 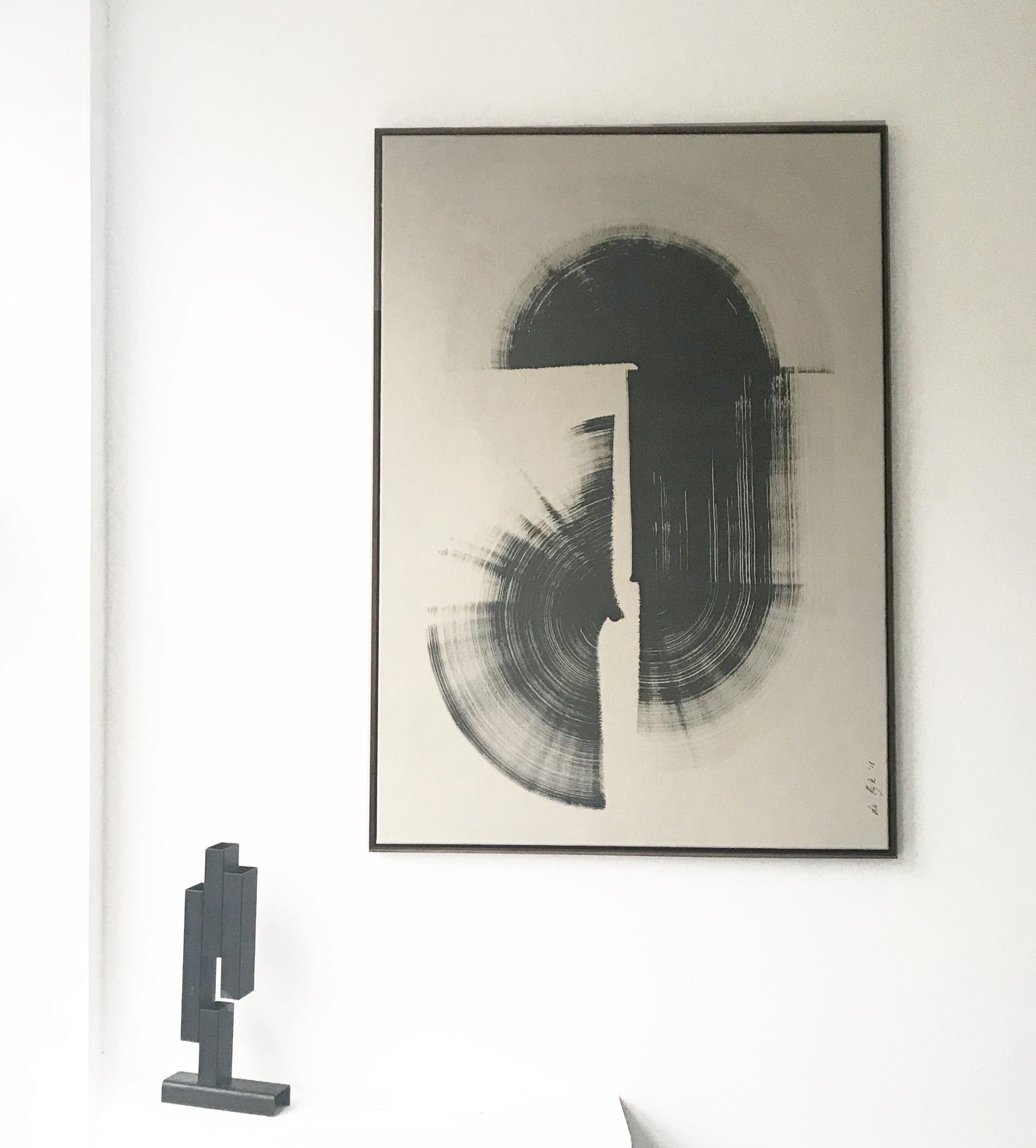 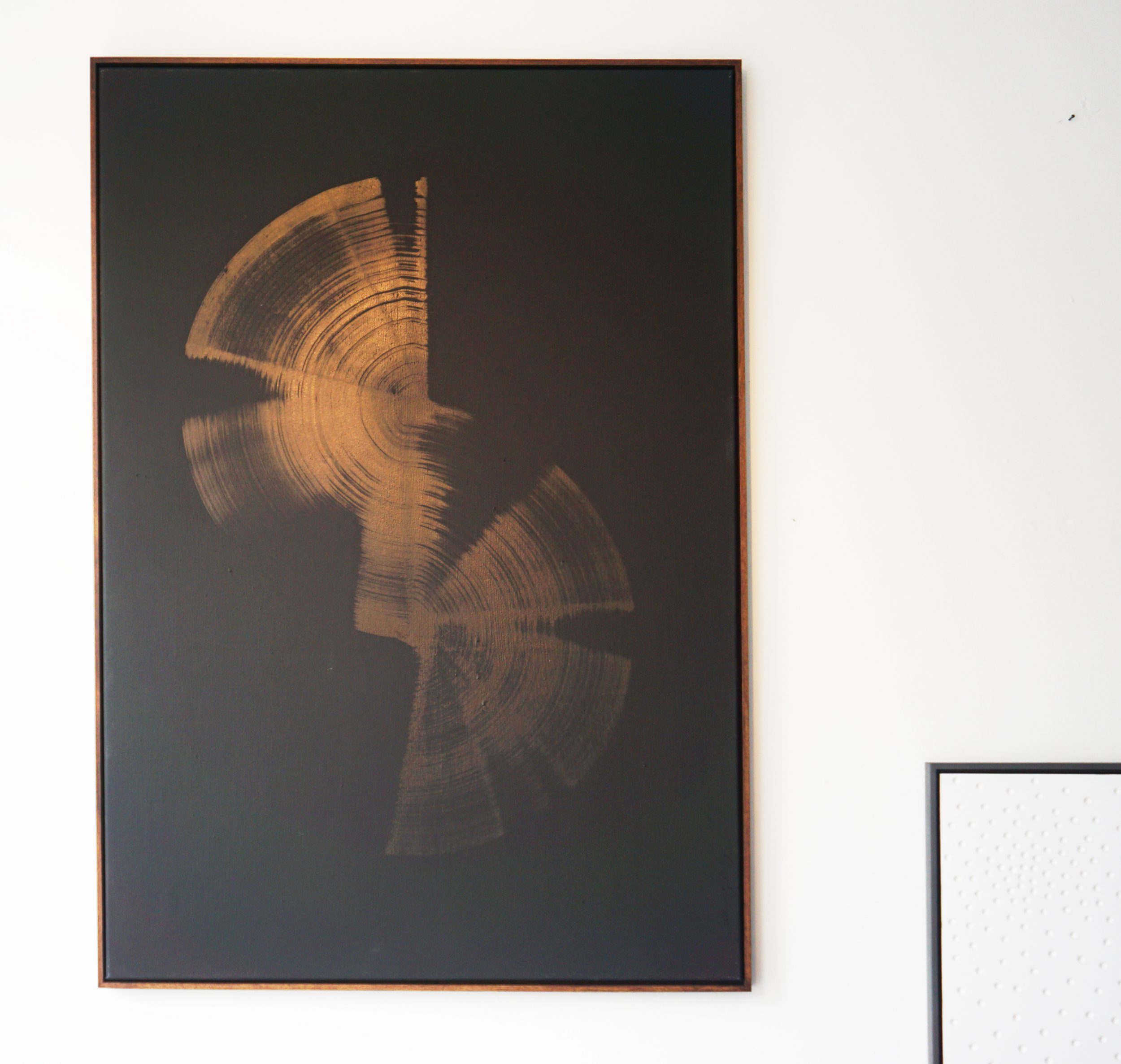 At OODE we exhibit a series of Indian ink paintings by artist Tessa de Rijk.  Which shapes are withdrawn from nature and an absolute curiosity to the old Japanese zen gardens. They are all painted without any hesitation, just as thorough as nature itself.

Tessa de Rijk designed her own brush with different sizes length and thickness bristles to create these specific strokes. She creates her own organic paint. All together they represent nowadays society and are the perfect addition for every home because of their humble and timeless design. 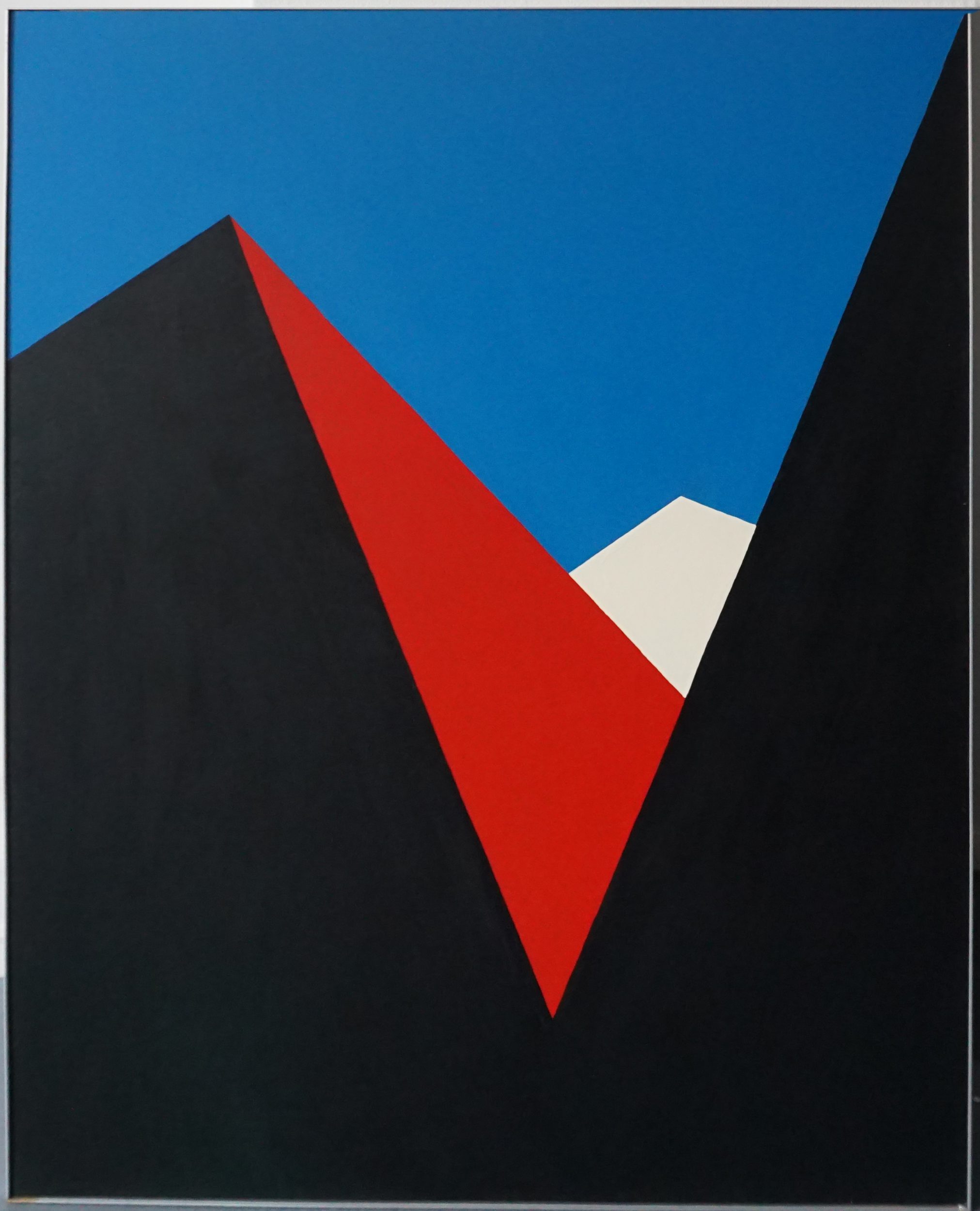 In his working life Hiddema worked as a psychiatrist. Beside his work, Hiddema was active as a painter, sculptor and poet. In the period that he lived in the North (Haren) in the sixties and seventies, he trained himself in sculpting. He received lessons from De Ploeg member Gerrit Piek.
Hiddema was especially inspired by the English sculptor Henri Moore and Barbara Hepworth. Materials he used for his sculptures were clay, wood, bronze and plaster.
He has been a member and chairman of the Groningen artists’ movement De Ploeg and a member of the artists’ group “Nu”.
In his period in Oegstgeest, he has made large abstract paintings with geometric shapes. The colors were greatly reduced to black, white, blue and red. His work from this period became very minimalistic and in addition to his paintings, he made a number of stainless steel geometrical sculptures.
———————-
Filed under Blog

With a name derived from its different available table leg options, this beautiful original design highlights the specific traits of its materials: steel, glass, and rubber. Its subtle, slender and neutral look is suitable for a range of indoor and outdoor uses.

Its stainless steel frame extends into elegant, rounded legs, combined with a tempered colored glass tabletop. Available in a range of models and color schemes.

Filed under Blog
Now at OODE a selection of works by Tim Mastik (1986). 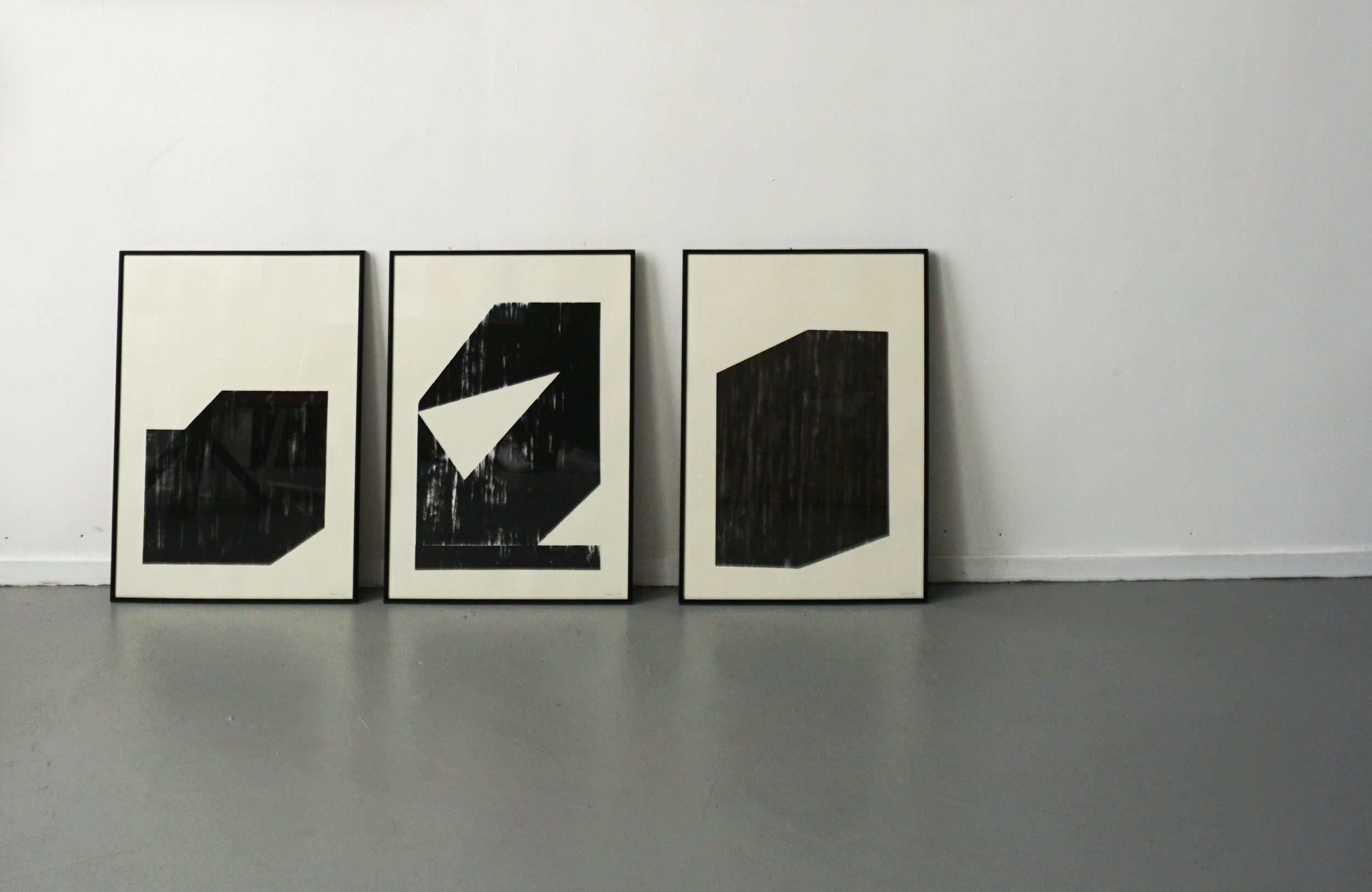 The work of self-taught artist Tim Mastik echoes his obsession with shape, repetition and material. By deconstructing his designs, playing with rhythm, symmetry and asymmetry, he creates an unexpected dynamic between color and shape. Geometry and minimalism often form the foundation of his designs. His work is characterised by seemingly simplistic shapes and great attention to detail. The creative process is essential; experiments on materiality play a key role in establishing a personal texture and dept.
Filed under Uncategorized

When the sunlight enters OODE in the afternoon //

New at OODE the textile works of Caroline van Gink

Hope we don’t get censored because of the boobie

A combination of textures and a playground for lig

Excited to show you the first pieces of our newest

The colors of the sky that are stunning when you p

The gallerista herself is currently having a break

New at OODE the textile wall objects from Naomi Re

In love with these two ceramic sculptures by H. Bi

Two of my favorite new pieces at OODE: First the G

Today is about peace. New at OODE - are the works

It’s something that happens quite often. Acciden

A tiny square beauty by @coreycombrinck_studio in